I am trying to decide on a door and the pictures that are on the store front don’t really show the lip on the bottom that great. Does anyone here have one that would be willing to post some pictures? It would help me greatly in deciding what to do.

I ordered one. It should arrive tomorrow. If no one else posts a picture, I’ll post some pictures when it arrives.

Thank you, I really appreciate it!

I built mine in layers like a snickers…wood on the outside, fiberglass blanket in the middle, and sheet metal on the inside. I screwed it together and used washers to secure the sheet metal. Nice job man!! How is the heat retention with it?

I’m Officially Jealous (and I have a new project to try)!

For those w/ mad-metal skills… here are the dimensions of our Barile Series Door. 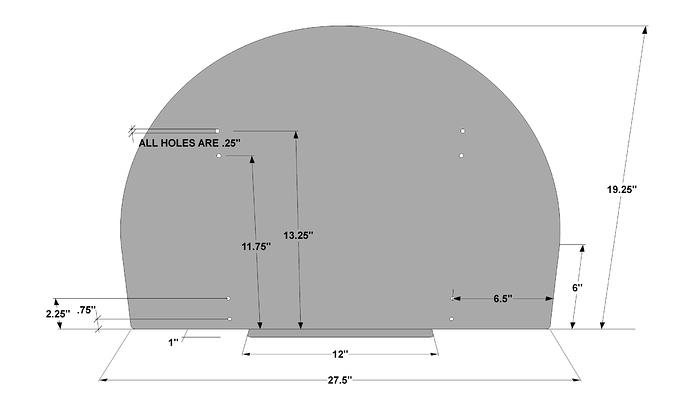 Thanks! I appreciate that.

You are a true craftsman, @Carlos. Gorgeous work, like the oven itself.

Thanks for sharing those photos, including the end product! Truly a pleasure to have followed you through this process. I can’t say that I won’t build an insulated door in the future, but this is cool. There’s a one inch lip on the interior and the handles stabilize it from the exterior.

I also bought the gasket but haven’t put it on yet.

Here’s what I accomplished with too much retirement time on my hands…
I utilized the old metal door…cut down to fit snugly INTO the oven entry, while the outside wood frame is oversized. Vents work well, and very little smoke gets on my brick veneer. Rather, the smoke & heat circulates inside, just above the pizzas, and then goes right up the chimney. Temp gauge was special-ordered from Australia, by the way… I’m gathering from your description, that with the two vents open and the door over the front of the oven, you get enough air flow to keep the temperature up for cooking pizzas. Correct?

I like that design a lot where can I find those vents?

I found several different styles of vents on Amazon.

Lots of vents on Amazon, etc…I am pretty sure I found these at a marine supply house in Colorado: 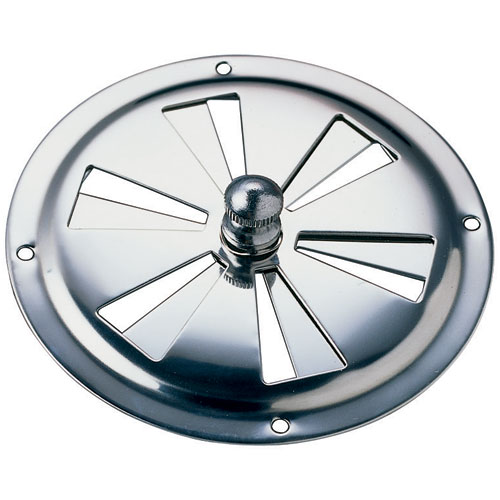 Check out our Butterfly Vent Grille, 4

I added the wood knobs (same plugs used to hide my screws on the facade), hollowed-out to fit on the twist…I really like the look, and they work well…

Kind words, thanks! Truth is I’m an IT guy with very little experience. I do enjoy buying nice tools from Home Depot and trying to use them after watching boatloads of YouTube videos.

You would be amazed at how much air gets sucked in through those two vents. Sometimes, they almost whistle when fully open ! Smokey the Bear tells us three elements are needed for fire: *fuel, heat, and air. If enough fuel and heat combine, they will find the air they need. (witness the burning warehouses during the riots…seemingly all locked up…flames rising high above. Probable a smashed window or two provided all the air needed for those huge flames.)

In retrospect, I likely would have gone with slightly larger vents, but I like the visual effect on the front of my door with these. And they function well…
I’ll build the fire over the firebrick where the pizzas will be “staged”, …then, fire-raging, I’ll push it all to the back, load in the pizzas, close the entry with my door, vents wide-open.
The fire/embers suck all the air they need to keep going. Checking on the pizzas once or twice allows a lot more air in, and the fire usually kicks up again. >>>Crust almost done, I will replace the door, AND close up the vents. So, we’ve got the direct heat from the burning wood, we’ve got the radiant heat from the firebrick…and we’ve now trapped the convection heat in the smoke, as it hovers over the pizza surfaces, “toasting” the toppings, before this proverbial “smoke goes up the chimney”. NOTE: the old iron door that came with the kit had been cut down to snugly fit into the oven opening, with an oven rope wrapped around, secured with high heat caulk/mortar. Virtually NO smoke comes out the front when the door is snugly in place…thus encouraging this "convection. So the veneer stays pretty clean, as well. I like that.

This door is actually composed of four “layers”: the outside is Western Red Cedar planking (the stuff you might line your closet with), screwed/glued onto a 3/8" plywood back (those little wooden plugs hide the screws); left over ceramic blanket from oven construction is between the wood and the old metal door (cut down to fit inside). Oven rope secures a very tight seal.

Built in May, the door has been employed in - probably - the production of 25 -30 pizzas in the past three months. No signs of structural issues or flaws.

Same here Carlos! IT guy with a love of tools and YouTube videos! It’s never as easy as ithe videos!

Thank you guys I will look on Amazon for those I already have the door from brickwood, but to add those vents could be something.